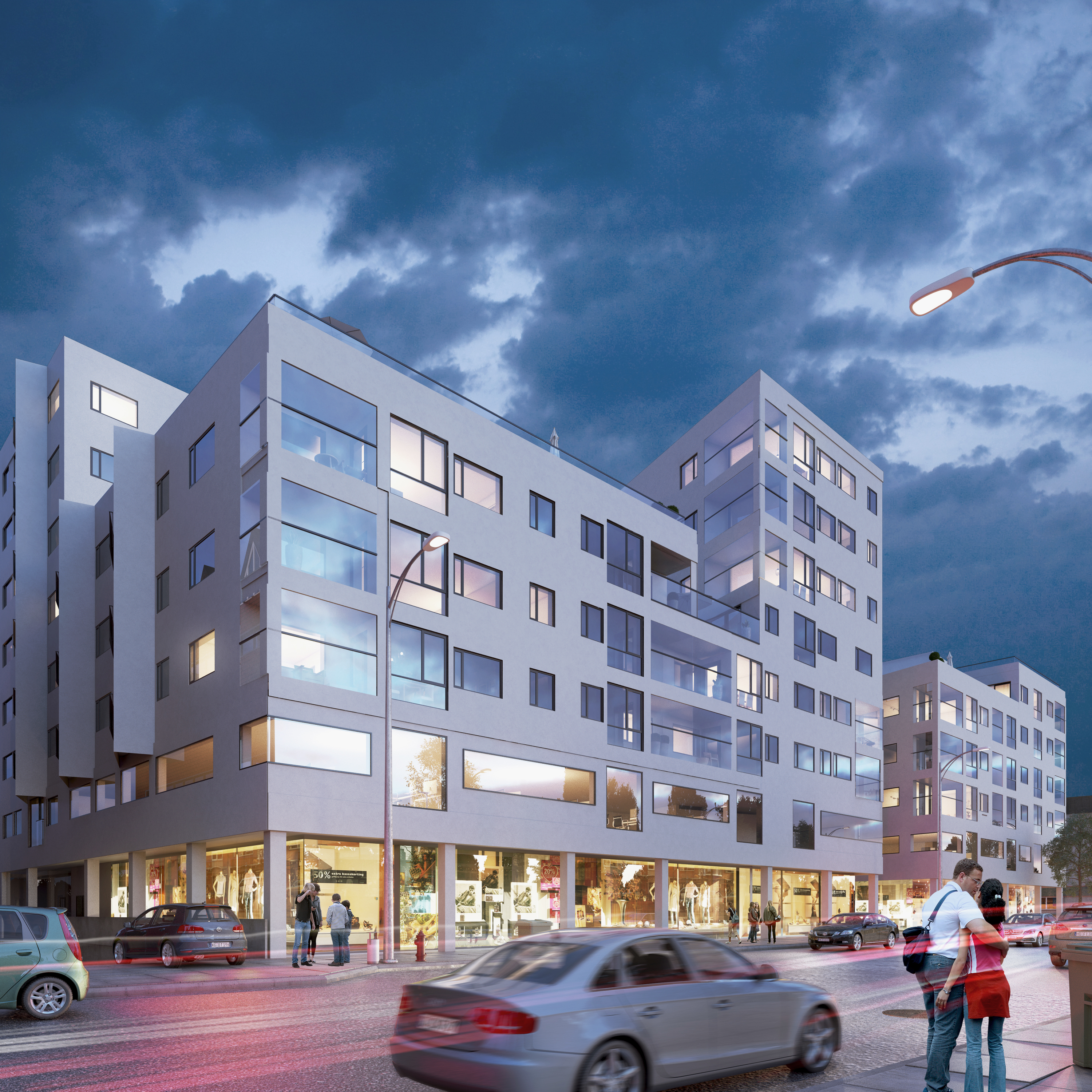 Nor Tekstil, which has built one of the largest industrial dry cleaning facilities in Norway, will utilize 8,200 square meters of the total of 13,800 square meters. Underneath the roof structure, a steel work structure has been established, designed to take loads from all the textiles to be hung and transported in the ceiling. Large parts of the laundry’s internal processes happens above floor level. Inside, Pretec have supplied 6000 pieces of Lindapter Girder clamps of various types to Castor Autogen Mechanical, which were used to attach steel beams in the ceiling that holds the railways and machines hanging in the ceiling. Pretec have also supplied steel construction bolts in accordance with EN 15048-1, threaded rods, expansion bolts, chemical fastening , shims and Hollo-bolts for Metacon, which are used to mount the main structure and the concrete hollow core deck. Thanks to bygg.no for text and pictures that are used.

In 2017, Bane NOR built 120 meters of new snow structures on the high mountains just west of Hallingskeid in Norway. The project consisted of tearing down old wooden buildings and setting up new ones in steel. Mesta AS, Special production did the assembly. Pretec AS has delivered 46 pcs. BB tension rods in M24. Special with these tension rods, is the surface treatment itself, supplied with 100μ Hempadur Mastic 4588W and 60μ Hempathane HS 55610, in colour specified by customer. Watch video from NRK news

Eysteroytunnilin is the first of two sub-sea tunnels NCC will build on the Faroe Islands, and Pretec are happy to have signed the contract for materials for rock securing.The materials will be delivered over 3 years. The two sub-sea tunnels, with a length of 11,2 and 10,5 kilometers, are the biggest investment in infrastructure on the Faroe Islands ever and has a budget of 2,6 billion DDK. These tunnels will connect the islands Streymoy with Eysturoy and Streymoy with Sandoy. When the two tunnels are finished, travel time to the capital Torshavn will be shortened up to 1,5 hours for many of the residents on Faroe Islands. Pictures are taken by NCC after first delivery of 150 ton bolts.

Nyhamna Expansion Project (NYX) concerns ground work, piping and concrete structures for the expansion of the gas treatment plant at Nyhamna outside Molde. The reason the for project is a new pipeline from Aasta Hansteen to the plant and also prepare to increase compression in Ormen Lange. Our deliveres to AF Gruppen ASA have been edge fittings, gratings, checker plates, cast-in details, formwork details, fences, crane rail fixings and gates.

Norðdfjaðargöng project provides new connection between cities Eskifjörður and Neskaupstaður in the area of East fjords in Iceland.  Metrostav A.S Útibu Á Íslandi is the contractor, and Pretec has had the pleasure of delivering rock securing and water and frost securing acessories to the project. The total lenght of the project is 14km out of which is 7,56km in Drill&Blast excavated tunnel with maximum overburden of almost 900m. The tunnel was driven in basaltic rock together with many weak intermediate sedimentary layers (tuffs, acient rivers and lake sediments). The main part of the excavations were done in profile T8 with cross section of 54,7m2. Furthermore there were 14 emergency laybys excavated in cross section of 77,27m2. The tunnel was excavated from both portals in lenghts of 4.540m and 3.026m with average speed of 52m per week from each portal.

Pretec deliver embedded precast products and mounting details for a number of players in the precast concrete industry and steel assembly industry in Norway. Our products are rarely those who are most visible, but they are an imporant part of the process to produce, lift, transport and securing the elements. We are particullary proud of being the main supplier for Contiga, who are the leading supplier of support structures in Norway. Together with Contiga, we have been a part of many prestige projects such as: Barcode Located in Bjørvika, also called the Operaquarter, nine slim buildings tower above the ground with a minimum of twelve meter distance between each building – the Barcode. Contiga have built six of the nine buildings; PWC-building, KLP-building, Deloitte, Visma, DNB building B and DNB building C. The buildings holds more than 10.000 jobs and about 500 apartments.   Fornebu S, the shopping mall named Building of the Year in 2014 Contiga delivered 70.000m2 hole covers, 10.000m2 wall, 9000 ton colums and beams and 700 ton of steel. A huge project which was delivered on time. The building was awarded with Breeam Outstanding award. Heart and lounge clinic at Gardermoen The future hospital for heart and lounge patients from all over Norway. Total size of 30.000m2 and will be built as a low-energy house with energy class A.     We is also a supplier to other leading precast concrete producers, for example: Nor Element, Loe Betongelementer, Kynningsrud Prefab, Jaro, Spenncon, Elementpartner, Buskerud Betong, Bjørn Hansen, Element Nor, Opplandske Betongindustri, NOBI and more.

NCC have the general contract for the 5,6km long section between Eidanger and Ønna, which is a part of the new high-speed railroad with double tracks stretching from Larvik to Porsgrunn. A total of 9,5km tunnel is driven in the project. Our deliveries throughout the project, from 2012 to 2016, have been products for rock support and frost and water proofing, including 42 000 safety bolts.